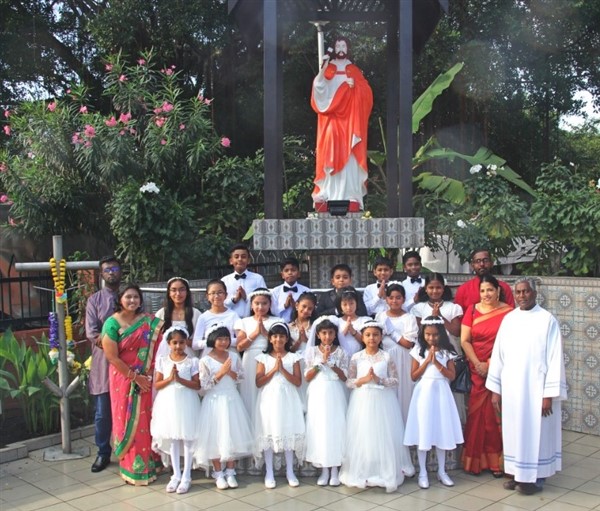 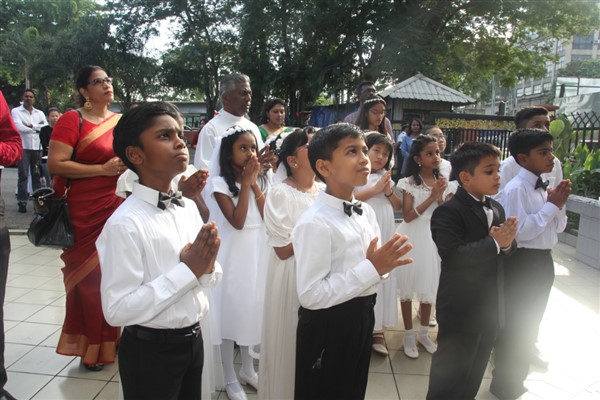 The day started with the blessing from parish priest Fr. George followed by group photography session at the grotto. The children walked in procession with their parents with a stalk of rose which was later placed in the basket at the altar. The mass was presided by Monsignor James and con-celebrated by Fr. George. Just like the previous years, the mass was animated entirely by the parents of the children ; from reading to hospitality duty. The parents were equally excited as the children to animate the mass. 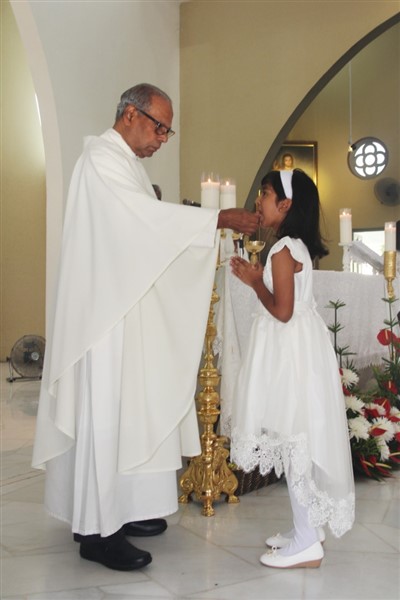 The children had been practicing the community song “Every Move I Make” and couldn’t wait to perform it at the altar for the congregation. By the grace of the Holy Spirit , the children performed it beautifully. The congregation did enjoy it and we were very proud of them, there’s never a dull moment with these children.

Our heartfelt thanks and gratitude to Fr. George, Monsignor James, Sister Amy and team who conducted the camp, all parents and catechists who journeyed with the children in preparing the children for the Sacrament. A big thank you to all for coming together and ensuring this year was another memorable moment to remember.