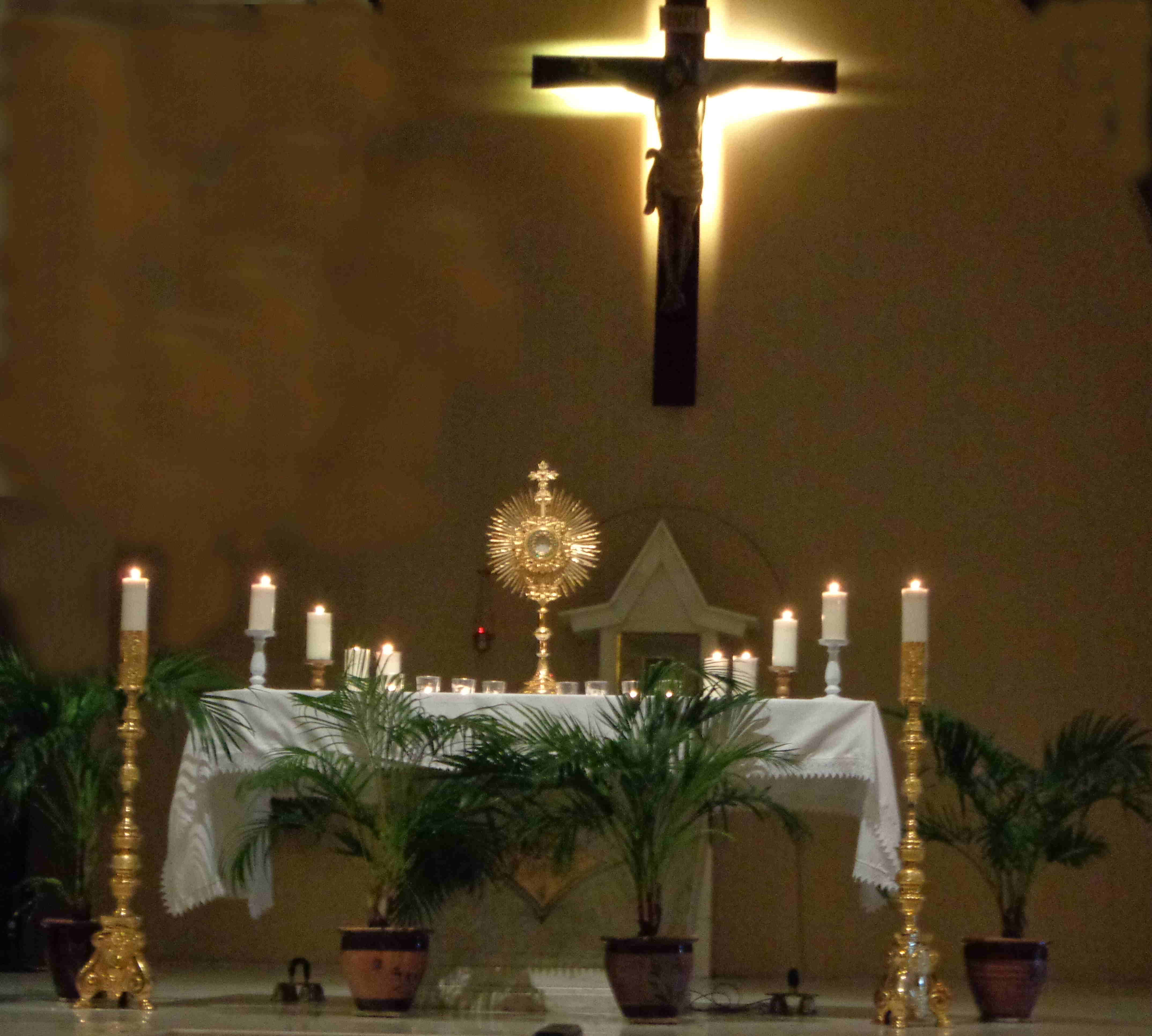 The Holy Father, Pope Frances invited the Universal Church to open its doors for a 24-Hour Prayer Vigil on March 4 and 5, 2016 in honour of the Year of Mercy. It was one of my critical moments as I planned and listed down hours for the vigil and encouraged as many parishioners / families / BECs as possible, to take part in the Pope’s initiative. After much thought and prayers and with the assistance of Ms. Cynthia Rosario and BECCOT members, we finally came up with a method and schedule for parishioners to participate in the vigil according to their convenience.

We displayed the list of BECs who signed up for the 24-Hour Prayer Vigil on our church notice board and we also circulated it via emails to all BEC leaders. We strongly encouraged all BEC members to come in groups according to the scheduled list. Copies of “Prayer Guide” based on the theme “Be Merciful, as the Father is Merciful,” (Lk 6:36), were made available which helped everyone to utilise the hour of prayer meaningfully and prayerfully.

Despite the hot and humid weather many of you did not fail to be present in the church. I was really taken up with your response and it was overwhelming. I have noticed that at least 20-50 parishioners were present every hour to keep the prayer chain going. Previously, (there were two such occasions), we had overnight prayer vigils but only 3-5 persons were really sitting throughout the night praying in front of the Blessed Sacrament. Surprisingly, the response was awesome this time round, and I didn’t have trouble getting enough people praying.

We decorated the altar with simple candle lightnings around the Blessed Sacrament and placed pots of palms in front of the altar. To create a solemn atmosphere conducive to prayer, we played the Gregorian chant as soft instrumental background music.

Another interesting part of the Prayer Vigil, which amazed me, was our Altar Server Boys’ commitment. They simply stayed the whole 24 hours at the church sacristy and rested periodically. They burned the charcoals continuously and every hour without fail, they came up to the altar incensing the exposed Blessed Sacrament and ringing the bell as a signal to the faithful to genuflect, and to offer a joyful sound to the Lord.

I am very proud of my parishioners especially in the level of their commitment to come together as BECs, families and individuals to spend time with the Lord in honour of God’s Mercy.

Each moment you spend with Jesus in the Blessed Sacrament brings joy, pleasure, and delight to His Mercy! 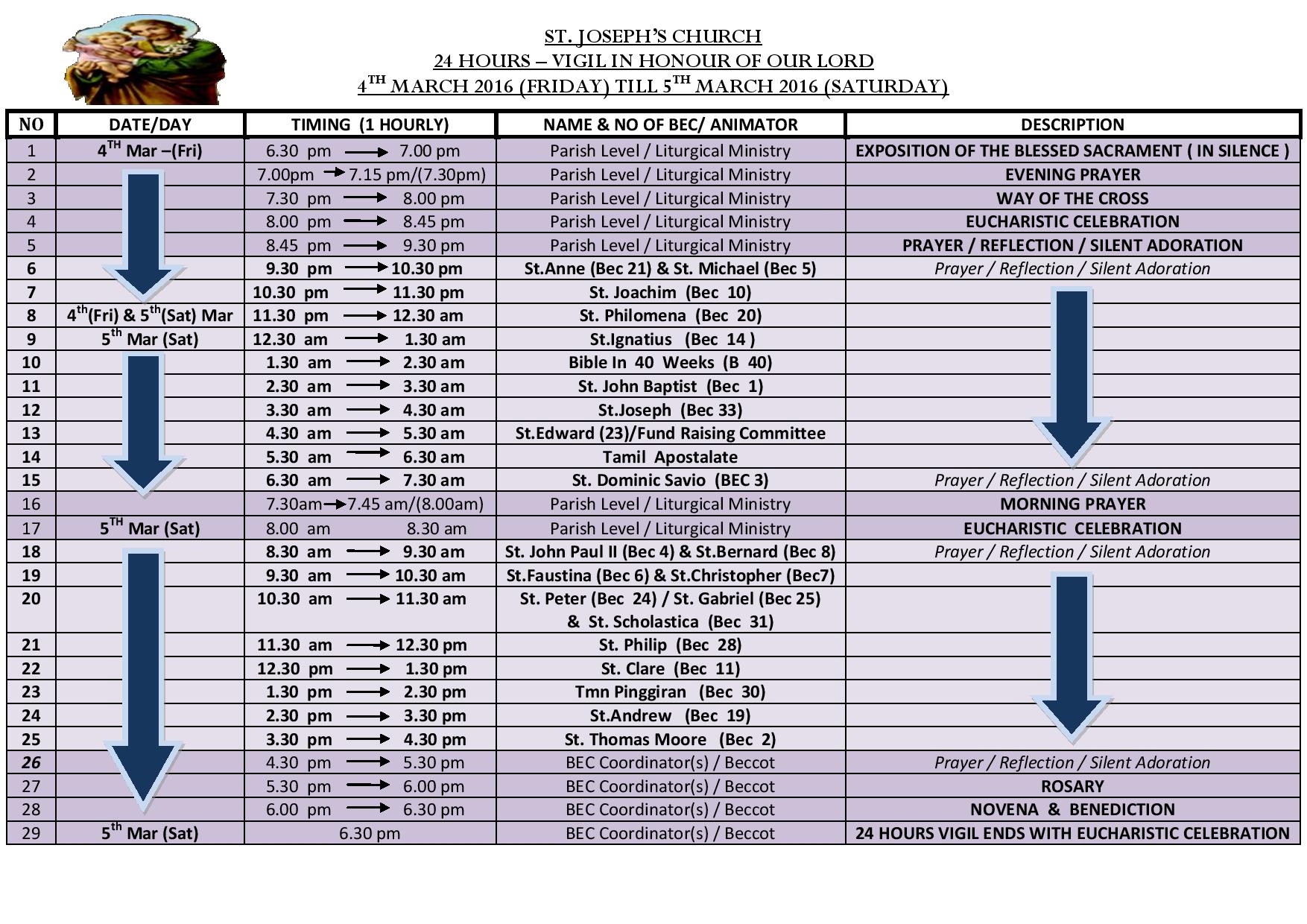