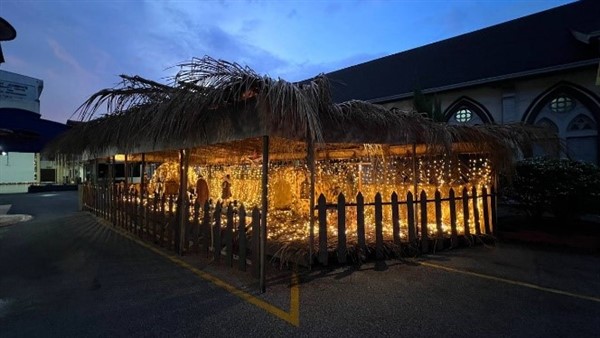 The Advent season was quickly approaching, and our parish priest, Rev. Fr. Frederick Joseph, called a group of young people from St. Joseph Catholic Church in Sentul on an arbitrary Sunday morning after mass to discuss a concept concerning a Christmas crib to be built in a very big area that would virtually take over four parking lots in the church premises. We were flabbergasted when Father Frederick floated the thought during the conversation. We dismissed the idea of making it because we believed that it was impossible.

A week later, following a formal conversation about the crib arrangements and extensive brainstorming with our parish priest, we decided to tackle the task with trepidation. We started our work timetable by having one of our youth design a sketch-up using his knowledge. After the plan was finalised and we had a great picture to break down the wants and necessities of the crib’s foundation, construction, and roofing. The crib’s dimensions were 5m x 16m. With the help of the church personnel, Mr. Karijo, who was the key contributor of further direction to train us to enter this work of carpenter, the structural construction officially began on November 23, 2022. 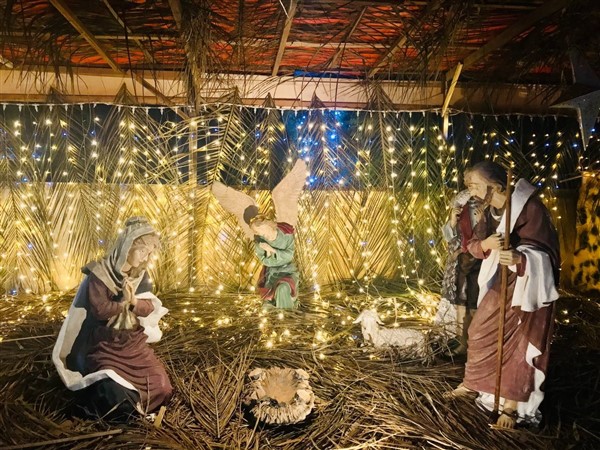 Although some of the youths were college students, working adults, or just graduated individuals, they nonetheless chose to be dedicated to and willing to make sacrifices for this crib initiative. Days were spent making sure the base was oriented correctly for stability. It was challenging to adapt to the crib’s form, which combines a rectangle and a triangle. We thought the base was a dream, but the structural work was going to be a nightmare. It took us approximately two weeks to figure out and finalise the structure later on. To stabilise the crib, we added a large quantity of support with the extra woods in our inventory. The explanation is due to severe weather fluctuations and heavy rain. We were investigating and scouting the type of roofing that would be suitable, sturdy, and efficient for the crib in the midst of our deadline.

We decided as a group to use sturdy plywood for the stage and canvas for the roofing. The search for thatch and nipah roofs was on the contrary, and owing to terrible weather, we were unable to obtain them, so we settled for palm tree leaves as top layer roofing. On December 10, 2022, the date we pledged to finish the structural, an unforeseen sad tragedy occurred for all of us, in which the crib was shattered and half of the structural was damaged due to strong rains. With the supervision and inspiration of our Father Frederick and Msgr. James Gnanapiragasam, we began repairing the damages with new orders of materials and were able to repair complete the damages within two days while continuing to complete the rest of the works. We finished the crib’s roofing on December 14, 2022, and then added more supports. Once the stage was finished with plywood, we began to add more decorations and gradually moved the statues into the crib. On December 19, 2022, the crib was finished, with some additional lighting. On December 23, 2022, with blessings from our parish priest Fr. Frederick, St. Joseph Church Sentul’s impossibly large Christmas crib, was unveiled in awaiting for the infant Jesus to be born. 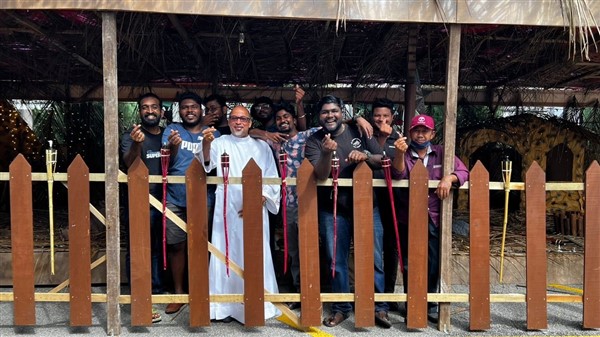 We, the youth of St. Joseph’s Catholic Church in Sentul, are extremely proud to be a part of this journey that has taught us the Bible verse from Matthew 19:26, where Jesus looked at them and said, “With man this is impossible, but with God all things are possible.” Despite numerous arguments, misunderstandings, lack of confidence, heated situations among each other, and receiving comparatively more negative encouragement than positives. We proudly say” Impossible is Nothing with God’s guidance”