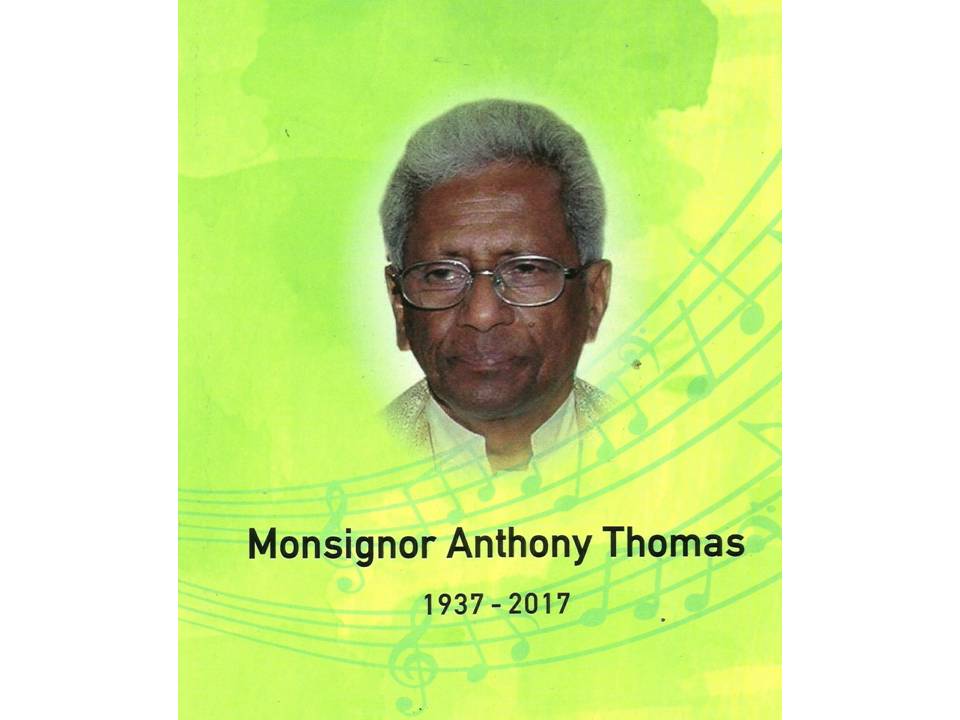 Upon hearing of the demise of Monsignor Anthony Thomas, I felt that it would be good to write a tribute about him, considering the significant time I spent in Malaysia. I’m from Seychelles and for three years, I was studying in Malaysia. While studying there, I used to go to St. Aloysius Church in Mantin. It was during this time along with other students of the university, I had the opportunity to meet Monsignor Anthony Thomas. It’s been more than five years since I left Malaysia. Nonetheless, there are some remarkable traits that still linger on in my mind regarding Monsignor Thomas. First of all, he was an open and welcoming person. As foreign students, although far from home, we felt very much at home in his presence. We felt at ease when participating in the liturgical activities on Sunday masses. As far as his priesthood was concerned, he was a man of great piety. He had much reverence while celebrating the liturgy despite his declining health. One of his most remarkable habits was prayer, he was a man of prayer. I was personally impressed with the way he carried himself, he was a bold and disciplined man. Despite his age and memory losses, he continued to say mass daily and administer the sacraments to the faithful.

A few years later, in 2015, I made the decision to enter the seminary. But I would say that my calling began four years prior. It was during my days in Malaysia that I felt the call, although it was not clear to me where the Good Lord was calling me to. During that time I underwent a significant spiritual conversion. Monsignor Thomas played a part indirectly in my decision to join the seminary. Through his availability as a priest to hear my confessions, to give me the precious body of our Lord in the Eucharist, allowing me to grow in the participation of the liturgy and with the youth group. Despite not being aware of my desire to join the priesthood, it was his daily priestly duties that brought me closer to Christ. Therefore, I am grateful for the influence he had had on me by simply ‘being’ a priest who loved and cared for his flock.