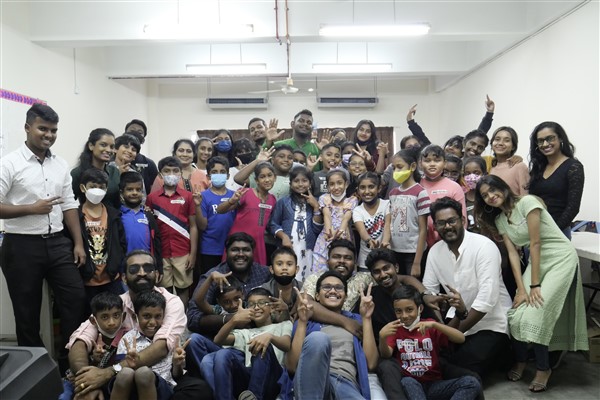 Spiritual enrichment, excitement and never-ending laughter. These are just a few of the many words that can be used to describe the 1st Holy Communion Camp in St. Joseph’s Church (SJC) during the very last weekend of October. Led and conducted by the SJC Youth group, under the guidance of Father Frederick, the children were given the opportunity to experience their faith in many ways– from praise and worship sessions to value-based activities, and a holistic sharing of the Word. 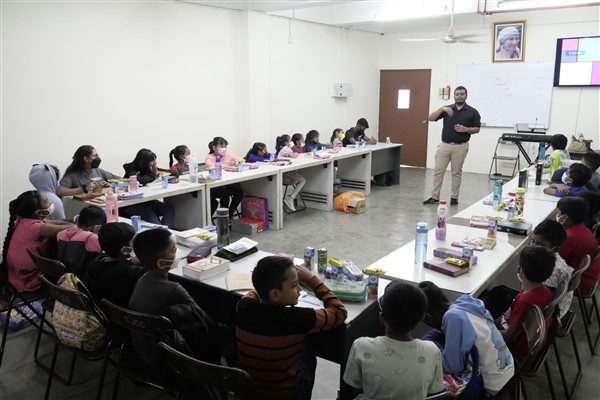 The weekend started with an opening address from Father Frederick, who shared his words of encouragement with the children and started the morning with a prayer. A praise and worship session had then ensued, in which the children were taught how to pray to God through songs. They were also introduced to several action songs, which garnered a gleeful response from the children. Within the sessions of games, the Youth had worked to incorporate meaningful lessons within it, such as learning the importance of assisting one another– thus, allowing the children to not only enjoy themselves but to also gain important insights within their own lives and those of others.

While the activities went on, a character dressed up to look like Satan (played by one of the Youths) made his way around the room and tried to tempt the children into distraction. But alas, his attempts were futile as another character dressed to play the role of Jesus (which was also played by a member of the Youth) would chase him away and come to the rescue of the kids when called upon. Through this small ongoing skit, the children were introduced to the concept of spiritual warfare in an easy-to-understand and enthralling way that kept them all at the edge of their seats and also helped to maintain their focus on the sessions ahead. 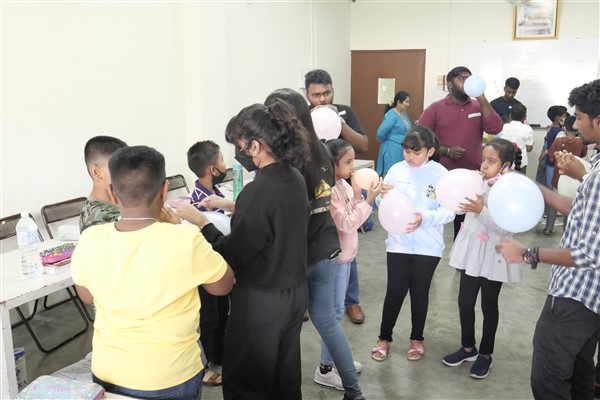 During the Saturday sessions, the children were taught about the Sacrament which they are to receive and everything they would need to know about it. They were given an in-depth and thorough insight into the Biblical implications of Holy Communion and were shown how the Bible reveals that God is truly present within the Eucharist. Although the sessions touched on many deep theologies, simple and creative analogies were given to them for better understanding. Additionally, they were taught about the importance of equipping oneself with prayer, and the reading of God’s word. A walkthrough of the Sacrament of Reconciliation was also held for each individual child, with “Jesus” standing in as the listening Priest.

After a fun-filled day of which numerous activities ensued, the children freshened up and went to Mass together with their peers, thus wrapping up the first day of the Holy Communion camp. 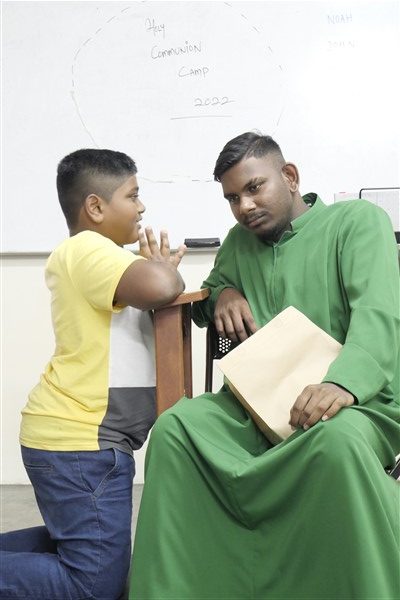 The next day opened with a fresh start, as the children’s now-favourite praise and worship songs were sung to kick start their morning. The children were then instructed on the value of maintaining family relationships and God’s unconditional love, followed by a variety of activities that related to these topics. An interactive skit was held afterward with “Jesus” and “Satan”, in which the children were shown how going for confession keeps the evil one at bay in our lives. The children could then see in real-time how Satan brings darkness into our lives– but through family prayer, the reading of the Word, and the Eucharist– we can dispel this darkness by allowing Jesus into our hearts. 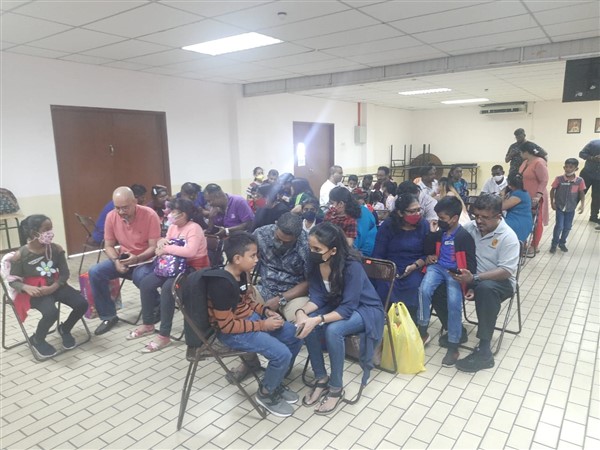 With lots of prayers and an eager class who participated excitedly throughout– the 1st Holy Communion Camp was indeed an experience that the children will surely never forget. May we continuously keep our young Catholic adults in prayer as they take this big step forward, and receive God through the Sacrament of the Eucharist.