Closing of the Year of St Joseph 2021
8th Dec: St Joseph, Man with a Father’s Heart 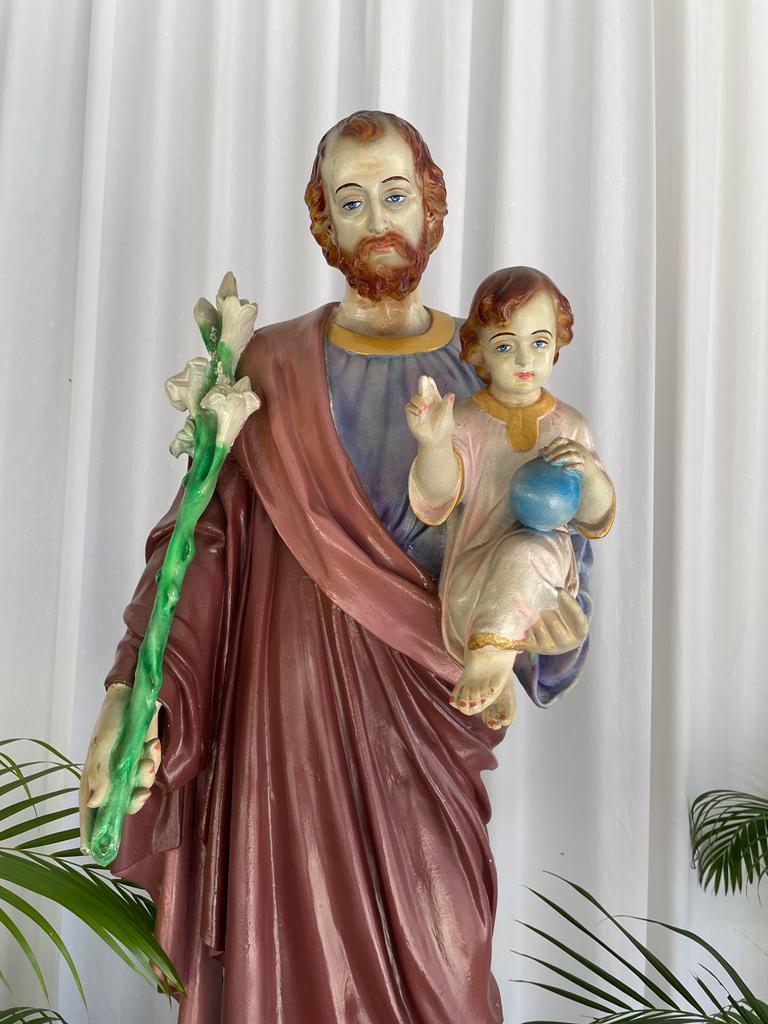 We each have an image of a good father, recognising those characteristics even if our own experiences did not reach the ideals we hold. As a father, Joseph was a protector of his family. He found a place for Mary to give birth; he accepted relocation and exile from his home for a time to flee to Egypt as migrants; he returned home and resumed his labors as a carpenter to provide for their daily bread.

We assume he went to the synagogue, no doubt bringing Jesus along; he had human friendships with his relatives and neighbors; he did business with his customers and cared for the home he was creating for Mary, whom he deeply loved. These ordinary domestic moments are possible in every family, and like Joseph, we can live them in profound awareness that even the routines of life have Jesus at their center, who dwells in every home as a domestic Church.

On Dec. 8, last year, Pope Francis promulgated his Apostolic Letter, Patris Corde (“With a Father’s Heart”), to commemorate the 150th anniversary of the declaration of St. Joseph as Patron of the Universal Church and to proclaim a Year of St. Joseph.

Patris Corde (PC) is a meditation on the life of St. Joseph, commemorating him as a beloved, tender, obedient, courageous and faithful foster father to Our Lord and, as such, an example to all fathers.

In his apostolic letter, Pope Francis wrote: “Each of us can discover in Joseph – the man who goes unnoticed, a daily, discreet and hidden presence – an intercessor, a support and a guide in times of trouble. Saint Joseph reminds us that those who appear hidden or in the shadows can play an incomparable role in the history of salvation.”

As the foster father of Jesus, St. Joseph shows us that the life of faith is filled both with abundant grace and challenges. God invites us with our own frailties and shortcomings to enter into the great drama of salvation history.

St Joseph is not only the patron of the entire Church, but he is a source of spiritual comfort and strength not just to fathers, but also to their children, which includes all of us. Many Catholics who have lost their father at an early age usually take special solace in the spiritual fatherhood of St. Joseph.
Pope Francis expounds upon the qualities of Saint Joseph’s fatherhood and how his fatherhood was an icon of God, the Father’s heart for us, His children. During this Advent season and during this Year of St. Joseph, may our hearts be led to reflect upon the Father through the fatherhood of St. Joseph!

1. St. Joseph is a beloved father.
St. Joseph placed himself at the service of his vocation as husband and father. “He turned his human vocation to domestic love into a superhuman oblation of himself, his heart and all his abilities, a loved placed at the service of the Messiah who was growing to maturity in his home” (PC, 1).

2. St. Joseph is a tender and loving father.
Through St. Joseph’s fatherhood, Jesus saw the tender love of God. Joseph taught him how to walk and offered him his loving embrace when he fell. Joseph teaches us to tenderly look upon our falls, weaknesses, and poverties. “The evil one makes us see and condemn our frailty, whereas the Spirit brings it to light with tender love. Tenderness is the best way to touch the frailty within us” (PC, 2).

3. St. Joseph is an obedient father.
In every message from the Father, St. Joseph did what was asked of him. “In every situation, Joseph declared his own ‘fiat’, like those of Mary at the Annunciation and Jesus in the Garden of Gethsemane” (PC, 3).

4. St. Joseph is an accepting father.
Joseph trusted in the angel’s words to him and lovingly accepted Jesus as his own son. He provided a protective home for Mary and Jesus and accepted his call to be a husband to Mary and a father to the Son of God, even when he believed himself unworthy to do so. “Joseph’s attitude encourages us to accept and welcome others as they are, without exception, and to show special concern for the weak, for God chooses what is weak” (PC, 4).

5. St. Joseph is a creatively courageous father.
God entrusted the Holy Family to Joseph and worked through his creative courage to guide and protect the Holy Family. “Arriving in Bethlehem and finding no lodging where Mary could give birth, Joseph took a stable and, best he could, turned it into a welcoming home for the Son of God come into the world” (PC, 5).

6. St. Joseph is a working father.
Work is a means of participating in the work of salvation. Joseph’s work as a carpenter provided a means for the Holy Family to thrive and to remain hidden in Bethlehem. Joseph taught this work to Jesus. “St. Joseph’s work reminds us that God himself, in becoming man, did not disdain work” (PC, 6).

7. St. Joseph is a father in the shadows.
St. Joseph’s fatherhood was a hidden fatherhood that he had to learn how to live. “Fathers are not born, but made. A man does not become a father simply by bringing a child into the world, but by taking up the responsibility to care for that child. Whenever a man accepts responsibility for the life of another, in some way he becomes a father to that person” (PC, 7).

Having a year of St. Joseph gave us as a people of faith a time to reflect on the great role that St. Joseph plays in salvation history, the powerful intercession he provides as the patron saint of the universal Church, and the model of discipleship and holiness he challenges all of us to imitate. Like St. Joseph, by accepting God’s will and grace into our lives, let us become vessels of the Father’s love to one another. 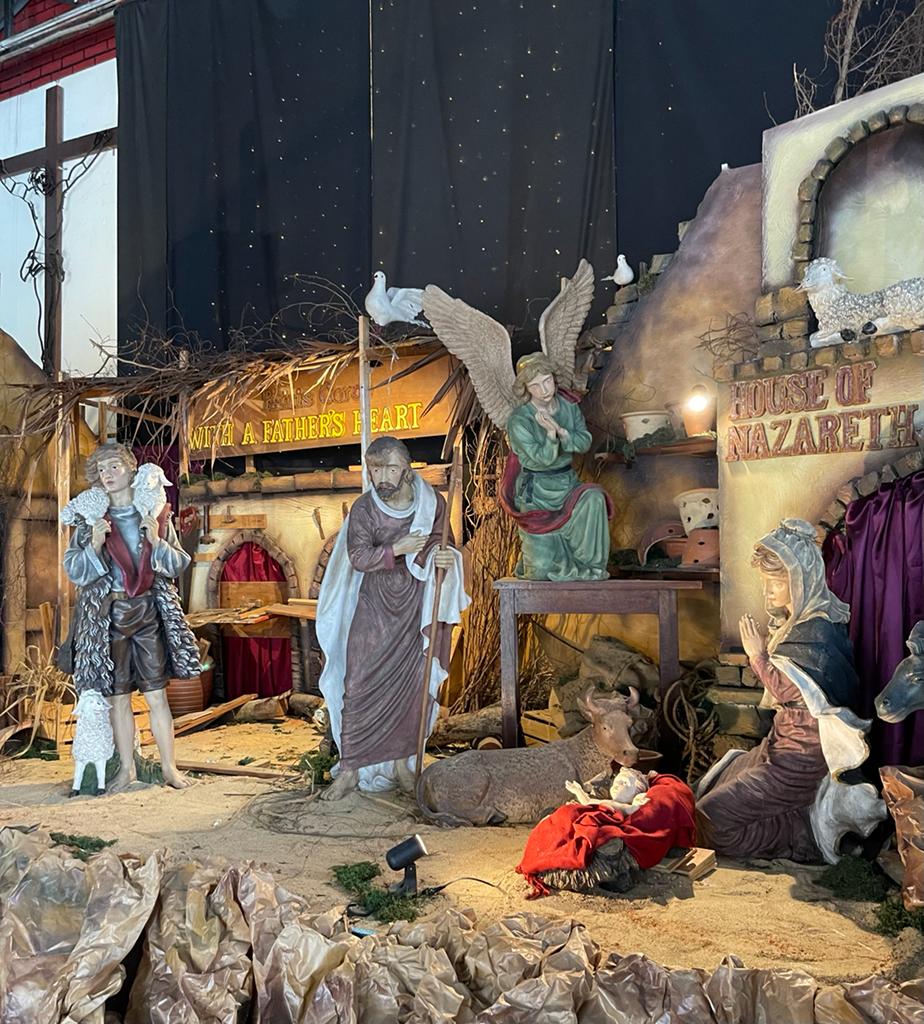